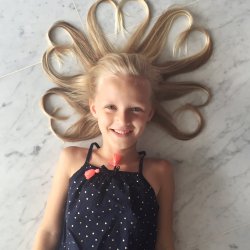 Dear Friends and Family in America.
I see many of my friends and family in Kentucky etc. praise that the President because he so quickly made the travel ban, so all those people from “the outside” could not bring The Corona Virus to America.

Here´s a little story from the real life. Many of you know that in August 2019 my family and I left Singapore after 5 years and moved to New York, where my husband works for an American company. I have always been the biggest fan of America and I still se THE US and Kentucky as my second home – even though it’s been 20 years since I lived there.

On March 11th I boarded a plane from Newark airport going to Denmark/Copenhagen for a quick trip by myself. Finally!!!!  I hadn’t been alone since October and any mother knows where I´m coming from with this. This was my time to shine
I land in Copenhagen on the 12th totally confused after no Wifi to find out TRUMP has made a travel ban to the US effected from the 13th at 11.55PM. Okay, I had to think FAST.

In all my jetlag from my first trip I quickly found my computer and tried to get a ticket on the 13th but all flights were fully booked.
I got a ticket on the 14th to fly back to New York and back to my family.
So I got 24hours in Copenhagen but In pure chaos. I called the American Embassy to get it cleared that I could fly on the 14th and land on the 14th in the VISA after I had got a green light to go.

I board a SAS flight and my destination was NY (again) at that point I had been more on a flight than my destination.
I land i Newark the 14th to be “locked” on the flight for 2 hours. We could not get off the flight since too many people was in customs and everybody had to get a health check. After 2 hours we got off the plane and had to wait in line to show our passports (1 more hour) I get to the counter and the officer tells me to wait in a new line (again) and he takes my passport.
After waiting in line with a lot of people a HOMELAND SECURITY officer tells me to walk with him to his office. He tells me that with the L2 VISA I have (my husband has L1) that I cannot enter The US since we don’t have a greencard. But you can’t get a greencard before you have been in the US for a very long time. And since we only been in the US for 7-8 month it was clear that we didn’t have that.

Of course I break down in tears and the officer talks to my husband on the phone and tells him that his wife can not come back into NY where she lives with her family. Where he pays tax and most important where her daughter lives. I was denied to enter my home. My current country of resident. I was chocked.
So after them looking through all my luggage, taking my phone away from me so I had absolutely no contact with anybody. Had my fingerprints taken and a mugshot for the collection, I was told I had to sit in the station for 26 hours until the last SAS flight would leave NY and fly to Denmark.

I got my “ONE” phonecall and called my husband to tell him the “news”. We both agreed that no matter the price I had to get out of NY on ANY plane going to Europe (where I have not lived for 5 years).
We found a ticket going to London around midnight for 3000 dollars. But the other option was to be locked up until the next day – with no phone or any connection to the “real world”. That was not gonna fly!

We decided to book that flight and we had to do it fast. I didn´t get to bring my luggage to London cause there was no time to check it in in the airport – and it was time to go. I was put on a flight by two officers, so everybody on the plane could see I was escorted by the police, which made the staff look at me like a criminal. The got an envelope with my passport and all the papers they had made in my file. And I was shipped to London…….. My 3 trip in 72 hours. I was at a breaking point at that time. But there was free wine on the plane and I needed that.

The day after I landed in Denmark. With no luggage, no husband and no daughter. With the message I could not enter The US before the travel ban was lifted again.
We quickly made a decision that Bella had to be with her mother and to be flown to Denmark as soon as possible. We got her on a plane and she landed on the 17th. Never have I been SO HAPPY.

The crazy thing about this is: If I had entered the US from MEXICO or The Dominican Rep. My L2 VISA had NOT been a problem and I would have been home with my family, but because it was decided that people coming from Europe could only enter with a greencard, my VISA was not valid.

But we only got a 24hour notice and I’m not the only danish person stuck in Denmark who cannot retur to their kids and husbands/wifes in America/ their home. Something is NOT right in this. I understand that we are all scared and we are all confused about this situation – but not to let people into the US who live here really sends a message to us from the government that we are not welcome and that makes me so sad.
It really takes me back to The 13th of August 1961 when over night The Berlin Wall was build and families separated for years on.

We follow the US way of doing things, we pay tax, we stay in line of all your rules and regulations. We are good people.
But now me and Bella are in Denmark, where we have not lived for 5 years. With no health insurance if we get sick. We don’t know when we arre gonna see my husband again since he can’t leave THE US because of work.
So when you praise the TRAVEL BAN – Please think of us, cause it’s effecting a lot of people. Not just the outsiders. But actually also people who have made THE US their home.
XX
Rikke (aka The Crime Rider) 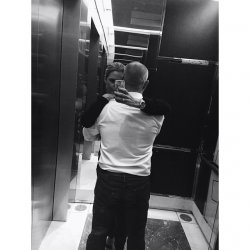 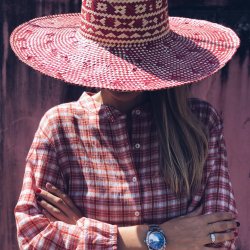 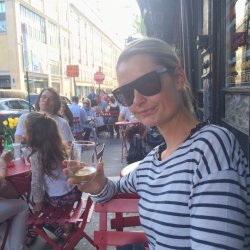 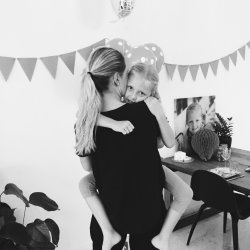 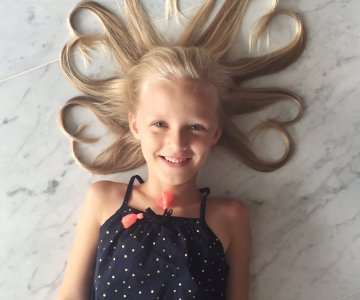